You are here: Home / Christian News and Insights / Good Enough FOR Me Do you believe that there is such a thing as “good” people?  Or perhaps, you know some “good” Christians?  We throw this word “good” around all of the time; usually in reference to people that we love and admire and in response to something positive that they did.  I’d like to challenge you to consider the fallacy of this type of thinking, and ask you to consider that it is performance driven rather than Grace driven, thus contrary to the Word of God.  I believe that this subtle and seemingly innocent false perception often times grows into something quite larger and can in effect have a negative impact on non believers, believers, and ultimately the Body of Christ.

Defending “Goodness” or Throwing Under the Bus

We’ve all seen it happen time and time again; a well known Christian falls into sin and suddenly, “BAM!” their own personal shame becomes a spectacle for all of the world to watch and to judge.  When this occurs, the secular media, of course, immediately takes hold of the story and screams, “Aha! We knew it!  See? Those Christians are no good!” While this can be disconcerting, it is to be expected. What is a little bit more surprising, however, is the way that other Christians oftentimes respond to such news.  One of two reactions typically unfold; believers immediately begin defending the goodness and decency of this man (or woman), or they throw him or her under the bus and even question their relationship with God altogether.

Why do we so easily exchange the gift of grace for the subtle lie that it was bought and that it came with conditions?

The problem with both of these responses is the underlying implication of a performance based relationship with God, with the burden of “goodness” coming from man rather than from the Work of Jesus Christ.  So if this spotlighted Christian hadn’t screwed up for all of us to see, would that have made him or her a good person? Why?  Because they spoke nicely (when everyone was looking)?  Did nice things for others (for all to see)?  The Bible is very clear that we are ALL sinners (Romans 3:23) and that to even suggest otherwise is in opposition to God’s Truth (1 John 1:8), so why do we who walk in the Truth act so surprised to see it and rush in to respond in ways that are so contrary to it?  Why do we so easily exchange the gift of grace for the subtle lie that it was bought and that it came with conditions?

The idea that being a Christian makes you good is both true and false, but entirely dependent upon what your definition of “good” is. Doing good works is wonderful, but if they are acting as a reference point in your heart to determine whether or not other Christians (or you, yourself) are measuring up, then I can almost guarantee you that you are headed for a burn out and are in danger of ruining your witness while you are at it.  Why?  Because the only good that we can claim as Christians is found in our identity in Christ and the good that is in HIM.  It is because we have died and are now hidden with Christ in God (Colossians 3:3), that we can be identified as being good at all.  We are only as good as we are hidden in Christ, but guess what?  That is entirely!  This means that we don’t have to run around frantically trying to earn our Father’s approval.  Jesus did this for us already on the cross. The moment that we forget that our only defense is the Blood of Jesus Christ, we begin walking in our own strength, outside of God’s will, and likely into sin.  It is then that the enemy of our soul says, “Aha! Aha! With [my] own eyes [I] have seen it…Aha, just want [I] wanted!… [I] have swallowed him up.” (Psalm 35:12 &35).

Being a “good” Christian means admitting that you cannot earn forgiveness, because you do not deserve forgiveness.  You have received His forgiveness based solely on Christ’s Work and nothing that you have or have not done.  Anything else is a presumption that you in some way merited it to begin with.  Oh, that humility and repentance would wash over our hearts and fill us with the knowledge that Grace is a gift that can in no, way, shape, or form be earned or lost, and that the very act of taking hold of it is an admittance that there was and still is nothing that we could have ever done to obtain it.

I’m as guilty as the next person of hoisting those that I admire up onto a pedestal. When we recognize the heart of Christ in others, we can so easily forget that they are still human beings who are in the process of sanctification.  They could never possibly live up to the heights that we have placed them.  So what do you say? Let’s do them all a favor and take them down!  Let’s then replace them with the only One who has a right to be on that pedestal to begin with; the One who is behind the scenes doing the sanctifying work; our Lord, Jesus Christ, who is the author and perfecter of our faith (Hebrews 12:2). 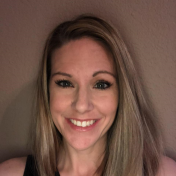